English, Arab
There are no Personal trainers in Schaerbeek with online booking. Try these nearby instead.
NEW PARTNER

You are Personal trainer at Schaerbeek and you do not appear in this search? Discover how doctoranytime can simplify your daily life. 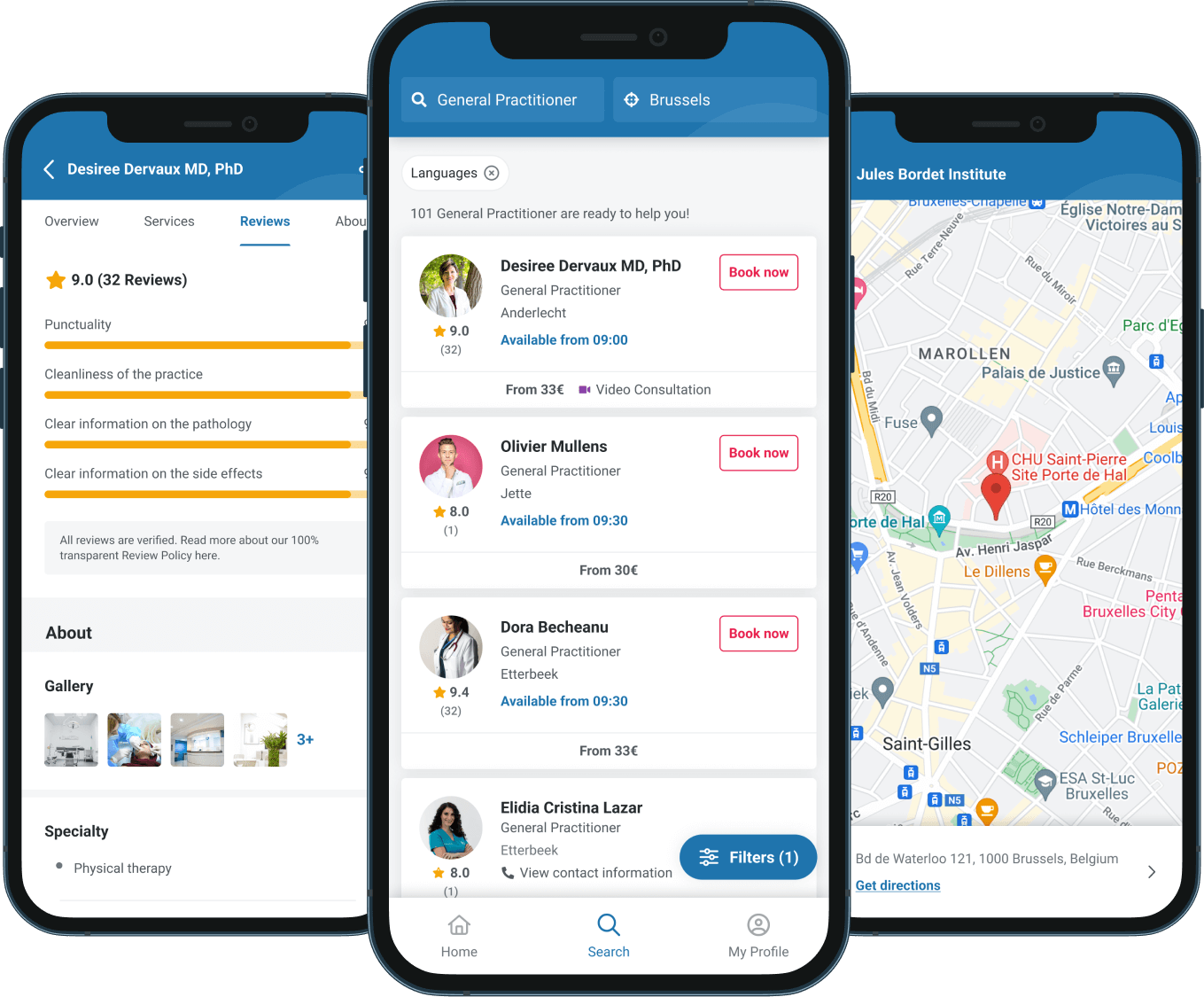